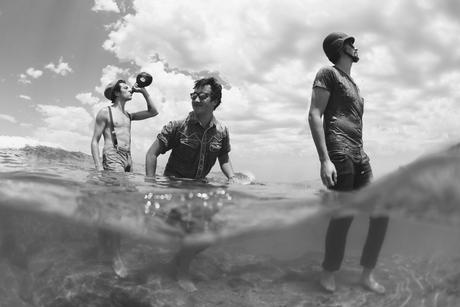 Following their sold-out national tour in June, Melbourne’s favourite boys from Woodlock are packing up and hitting the road again in September and October.

The Garden is the second single from their recently released EP Labour of Love, which debuted in the overall ARIA charts top 100 and also in the ARIA top 50 digital downloads chart. The release also sat comfortably, for over 3 weeks, in the iTunes Singer/songwriter charts.

Brothers Eze and Zech Walters and Bowen Purcell, who are Woodlock, do things differently. They built the love around their music through busking. Many of their over 17,500 facebook followers enjoyed their street shows and have supported them since. The band have no label, no investors and no radio airplay as yet.

“We are blessed, we seem to have a very loyal fan base” said Eze Walters. They are not just numbers on our facebook, they are people who enjoy our music and are willing to make the effort to come and see us. It’s something we really appreciate”.

THE GARDEN TOUR takes the band to Western Australia and Tasmania for the first time.